Metabolic and cardiovascular assessment at High School, an Italian experience – The Maciste Study

The MACISTE (Metabolic And Cardiovascular Investigation at School, Terni) is a population-based observational study conducted in subjects attending a high school in Terni, Umbria – Italy. The study aims to collect a large dataset of information describing the metabolic and cardiovascular behavior of a population of adolescents.

There is a large body of evidence linking the presence of cardiovascular risk factors in early adulthood and the occurrence of cardiovascular morbidity and mortality in later life. However, less is known about the relationship between traditional and newer cardiovascular risk factors with early signs of organ damage in childhood and adolescence. Specifically, less studies have evaluated the relationship between cardiovascular and metabolic findings and the presence of early vascular damage, such as segmental and local arterial stiffening, intima-media thickness and arterial distensibility. Preliminary results from large prospective studies, such as the Young Finns Study1 , suggest the existence of an association between levels of physical activity and carotid elasticity later in life, and other reports seems to confirm such association**.

The complex relationship between the cardiac and vascular function at this age level remain largely unexplored. The MACISTE study aims to collect a large amount of biochemical, anthropometric, metabolic and cardiovascular data, along with personal details collected by self-administered questionnaire, in order to account for all the factors involved in the process of physiological and pathophysiological cardiovascular function in adolescence.

Voluntary participants were asked to undergo a series of laboratory, instrumental and functional tests, such as lipid and glucose profile, assessment of fat mass degree and distribution, information about salt consumption, maximal strength, echocardiographic and vascular imaging. The measurements will form a basis for further follow-up studies in which risk factors of cardiovascular disease will be studied. The results will be also useful to inform the best choices at the educational level in order to promote health habits at a high school behavior. 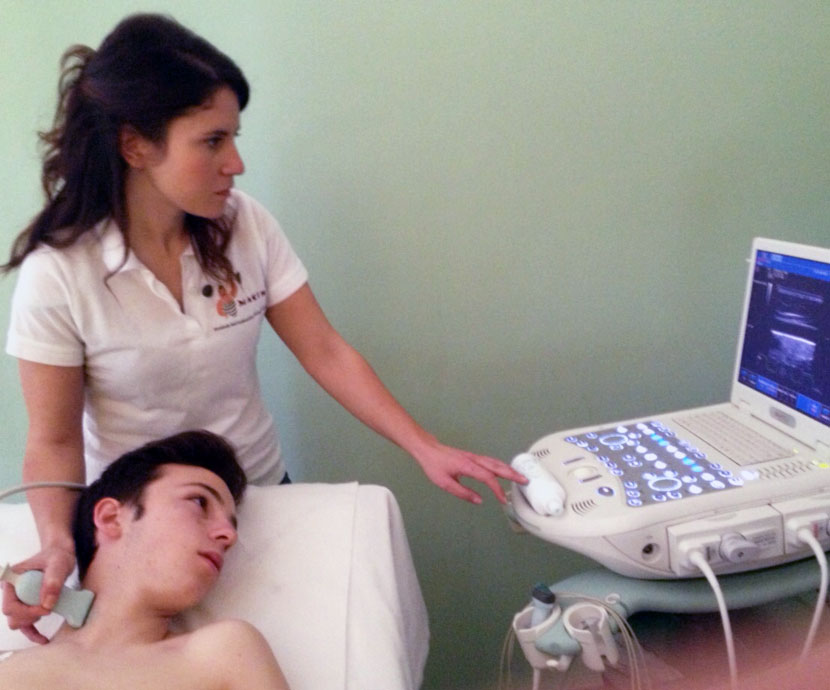 Equipment for measurement have been prepared and performed at the “Liceo Donatelli” high school premises located in Terni, Umbria, Italy in a quiet place and after an overnight fasting. Doppler Ultrasound of the supra-aortic vessels was performed after refraining from smoking, tea and coffee consumption, and physical activity. Blood and urine samples were drawn and analyzed at the Central Laboratories of the Terni University Hospital. A well-trained operator (F.B.) collected ultrasound images in both left and right carotid arteries. This resulted in a video-clip with a length of at least 10 heartbeats. Video clips were stored into external hard-disk devices and made available for offline analysis. Volunteers were subsequently subjected to echocardiography, bioimpedance analysis, measurement of aortic pulse wave velocity, indexes of wave reflection and central blood pressure. A sub-group of volunteers underwent 40% maximal handgrip effort through fatigue, and cardiac and carotid measurements were repeated just before maximal fatigue in order to analyze functional changes induced by acute isometric stress. A self-administered questionnaire explored the personal and familiar habits potentially related to cardiovascular health, such as overweight, caloric intake, personal and parental smoking habits, and disturbance in quality of sleeping. Multivariate statistical models were employed to detect the independent relationship between metabolic and cardiovascular findings.

The purpose and main objectives of our research well fitted with the need to analyze the largest population in the smaller possible time for each evaluated subject. To accomplish this, in addition to an efficient organization of the team that carried out the protocol measurements, it was necessary to rely to high-impact and easy-to-use technologies, that would make available image analysis and the integration of multiple information in an offline mode.

One of the greatest challenges was to evaluate the local carotid stiffness by using combined technologies for the evaluation of carotid distensibility and non-invasive measurement of carotid central blood pressure with dedicated devices. 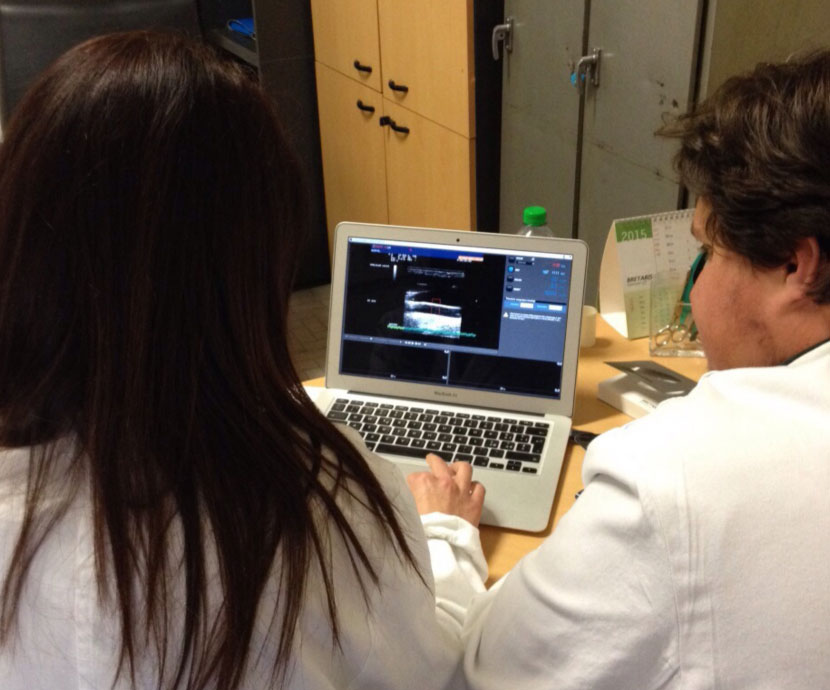 Vascular Age Calculator: Calculate the apparent age of your arteries

The law states that we can store cookies on your device if they are strictly necessary for the operation of this site. For all other types of cookies we need your permission. This site uses different types of cookies. Some cookies are placed by third party services that appear on our pages. For more info see our Privacy policy.